The word “Root canal” sounds like anathema to many people. It is usually associated with excruciating pain, a harrowing dental procedure, or to those holistic-minded who have delved into the Weston Price controversy, a formula for poor health and a high risk for diseases.

A brief introduction into root canals: It is a PROCEDURE in which a dead nerve is removed from within a sick or degenerated tooth and the resulting void in the “canals” are filled with a substance that merely fills up the space and should be stable and antiseptic enough to last and not to promote bacterial growth. See also the article Root Canals – Procedure Risks Disinfection Materials.

Many people say they want to AVOID a root canal.  The best way to avoid one is to PREVENT it from happening by being proactive with proper home oral hygiene, routine dental cleanings and examination visits, and minimally invasive dentistry on small cavities before they grow over time. Once the nerve dies, unfortunately the only option you have is to extract the tooth if you are determined not to have a root canal.

True, some root canals arise after a large procedure involving crowns or large fillings. Many times a tooth may be asymptomatic and after a dentist works on it, it develops pain and infection. It is possible that the dentist is blamed for these arising problems, however, a large cavity or a tooth needing a crown is already at an advanced state of neglect or deterioration. It should or could have been avoided by proper timely care.  Any large procedure may drive a tooth “over the edge” due to poor circulation, vibrations, and the trauma of being worked upon.

The root is made up of millions of tiny tubules that emanate out of the main canal and extend through the full thickness of the dentine layer. These carry nutrients and stimuli back and forth. As the tooth dies, these tiny tubules also die, but still retain their moisture and organic matter, which starts to deteriorate and become food for bacteria. When the main canal is treated and filled, there are still armies of bacteria living in these tiny tubules.

Many sources claim that a dead tooth in the body will cause certain ailments and detrimental effects on health.  Weston Price, George Meinig and Hal Huggins were proponents of this theory and today most holistic dentists do not recommend root canals. Many even suggest pulling root canalled teeth to improve health. (1)

Dr. Sarkissian does not assert that extracting all root canalled teeth in a person suffering from a disease will reverse the disease. He is convinced, however, that just by the concept, a root canalled tooth is not desired for many reasons, and even if it were not directly responsible for a particular diseases, he would not be surprised if it truly contributed to poor health or some compromise in the health status of the organism.

Some correlations in statistical data are very disturbing, such as the one showing a proportionally high number of root canalled teeth in women suffering from breast cancer. (3)

WHAT ARE THE CHOICES?

1. KEEP THE TOOTH and perform a root canal therapy. The canals are accessed and the dead or infected nerve is evacuated with special files. The narrow canals are widened with successively increasing file sizes in order to remove the contaminated and toxic layer of dentine lining the canal walls. It is said that most filing procedures will not remove all the dead tissue because the root canal system is made up of convoluted and unevenly branched canals with numerous branches and uneven recesses. (Picture 1-1).  In order to eliminate these, we use the latest dental laser, the iplus by biolase (Picture 1-2), and a tip with side firing capacity to disinfect the walls of the canals after manual instrumentation. The laser energy is generated in pulses and uses water as the target, killing bacteria, pulverizing organic matter and opening up the tubules (Picture 1-3). Laser energy is then transmitted along the millions of dentine tubules just like fiberoptics, killing bacteria lodged deeper inside them (Picture 1-4). After disinfection the canals are filled with a biocompatible paste which lines the canal walls, and seals them (Picture 1-5).  To see step-to-step illustrations of the procedure see The Last Resort – Root Canal Treatment.

The tooth is restored with a bonded fiberglass post and a metal-free zirconia crown, or a CEREC porcelain same-day onlay. (How To Get Your Crown The Same Day) 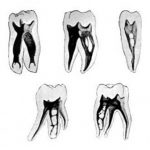 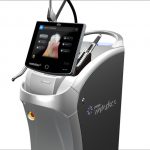 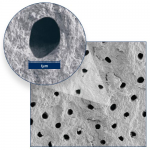 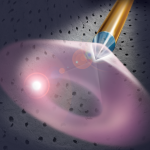 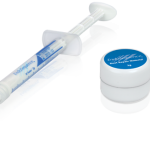 2. EXTRACT THE TOOTH.  The roots are extracted, a thin layer of the contaminated bone lining the sockets is removed to ensure the periodontal ligament is completely taken out and healthy bleeding is encouraged.  Generally a ridge preservation graft is placed along with a membrane, which acts as a scaffolding to create, or at least retain the width and height of the bone, in order to facilitate placement of a metal-free Zirconia implant. A tooth is shown here with a failing root canal, with a “blister” (fistula) on the gums, and an ugly crown. Saving this with a new root canal would have been doubtful, not to mention a waste of money. The tooth was extracted and restored with a metal-free implant.

Some subjective and isolated reports by patients also mention a mysterious worsening in health or well-being coinciding with a root canal being performed. Yet clinical studies confirming these reports are currently lacking. A dead tooth cannot be ignored. The decomposing tissue inside it is essentially a gangrene which eventually spills out into the bone and causes either a massive painful infection, or a chronic degenerative painless lesion, which long term is even more destructive than the painful phase. Many teeth die or are extracted as a result of a deep crack under a large filling (particularly mercury amalgam) that weaken the cusps or the structural integrity of the tooth. Heavy chewing or clenching forces, plus expansion of metal non-bonded fillings from hot and cold fluctuations basically crack the tooth and split it in two. Research shows that teeth with large amalgams have a higher chance of receiving major work such as root canals or extractions, than teeth with onlays or crowns. (4) Infrared photography of the head usually reveals a zone of “inflammation” in the tissues and bone exactly where root canalled teeth are present . A major reason for extracting teeth are unhealed root canals which carry a “bag” or a “cyst” of inflammation known as a GRANULOMA around the tip of their root(s). These granulomas are considered a “focus of infection”,  which is known to affect the general well-being of the person through meridian blockages. The body’s immune system is working overtime to deal with these chronic degenerative lesions. They usually harbor bacteria and viruses, including Epstein Barr Virus (EBV), which one study shows has been detected in more than 80% of periapical granulomas. (2) A cross section of an extracted root canalled tooth shows that a lot of the contaminated tissue in the recesses of a root canal system is not addressed. A study has shown that Aspergillus, a disease-causing fungus, is likely to be found in many root canals exhibiting inflammation around their roots and are next to the sinus. This may be one reason why root canalled teeth in the upper molar areas which border the sinus continue causing symptoms even when there is no other apparent reason. (5)

2 thoughts on “What You Need to Know About Root Canals”